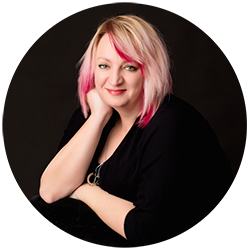 Disney Pixar Toy Story sets are one of my favorites. I occasionally get asked to do something with Disney in most all of my newborn sessions. And every once in awhile a mom wants a Toy Story set for the cake smash as well. 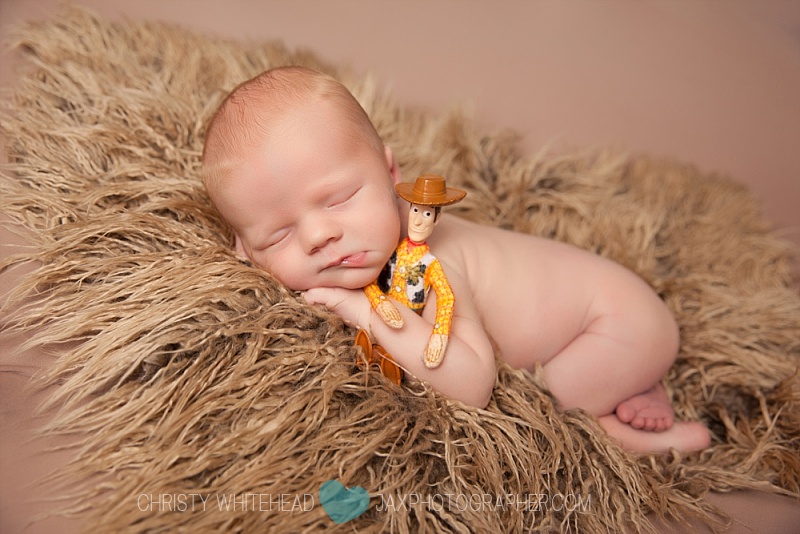 If you would like me to create a special Toy Story session for you, contact me. These are ideas for clothing for moms, but also ideas for other photographers who would like to create something similar. Or if you are looking for decoration ideas for your own child’s first birthday, hope this helps!

The above image was something a little more simple and clean. The brown was so nice against this little boy’s skin. Mom and dad work in law enforcement and are huge Disney fans, so Woody was a MUST. (I got that little Woody doll out of a cereal box, I think., a couple of years ago!)

When I went to do my first Toy Story session, I was trying to figure out what to put the baby in. Photographers usually use baskets or buckets. And that just didn’t seem to fit. I searched the web and Pinterest and found nothing. I was watching Toy Story 3 and saw the boxes, where Andy’s mom was putting the toys to donate and it dawned on me! Now, of course, if you search Pinterest, everyone copies the idea and I’m flattered. BuzzFeed has twice picked up some of my Toy Story themed sessions and posted them to their site.

Something like this bucket would be a cute idea as well, from DeLaDesign. It could be used for Easter or Halloween after. For photographers, it would make a great gift for after the session. 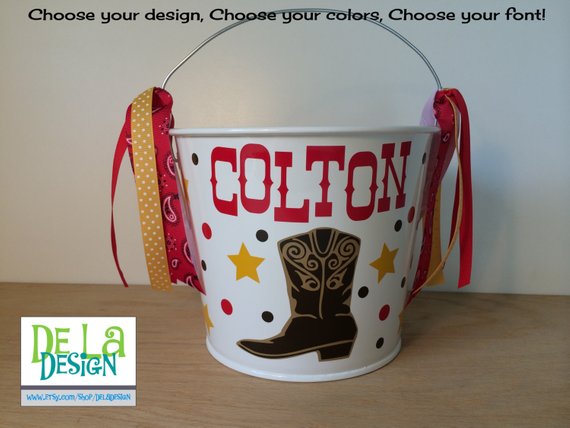 This wood box would be cute as well, from CarriageonCherry. This would be a more stable option, as boxes or buckets can tip. Plus it has a classy look and can be used in a bedroom after to store supplies or books. 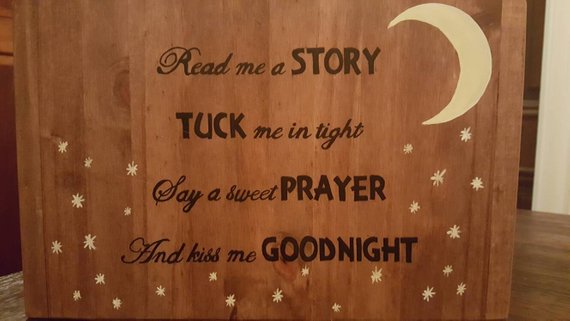 My daughter, in the photo above, is wearing a Jessie costume from Disney, and then the Buzz Lightyear hat came from Etsy.

For newborns, I NEVER recommend onesies or standard clothing, they typically don’t fit and if you have writing on them it can be awkward to see.

So the next image isn’t mine, but I couldn’t help but share it. I found LoverDoversBaby on Etsy and she has some ADORABLE Disney outfits for newborns up to 12-18months. 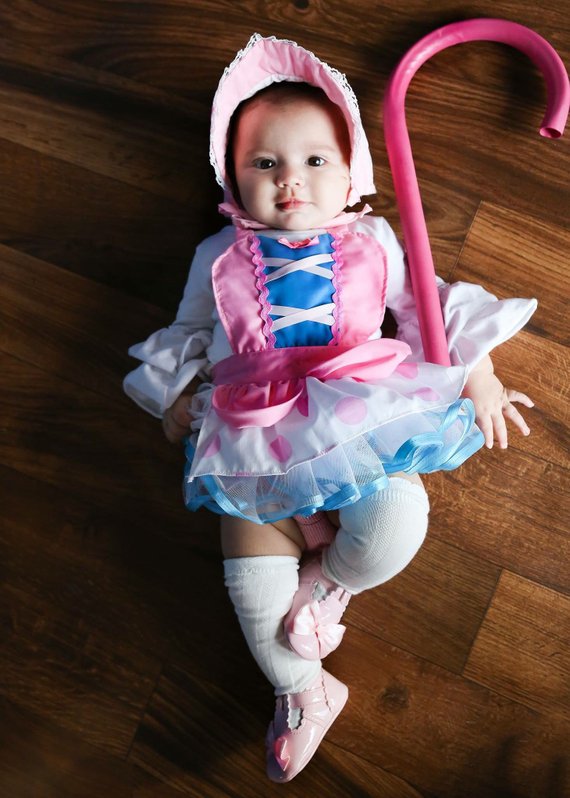 This is a cute little Buzz Lightyear romper from 4YourLittleStar on Etsy, and would look cute for any little girl who wants something different. Or if you had twins, one could be Woody and the other Buzz. 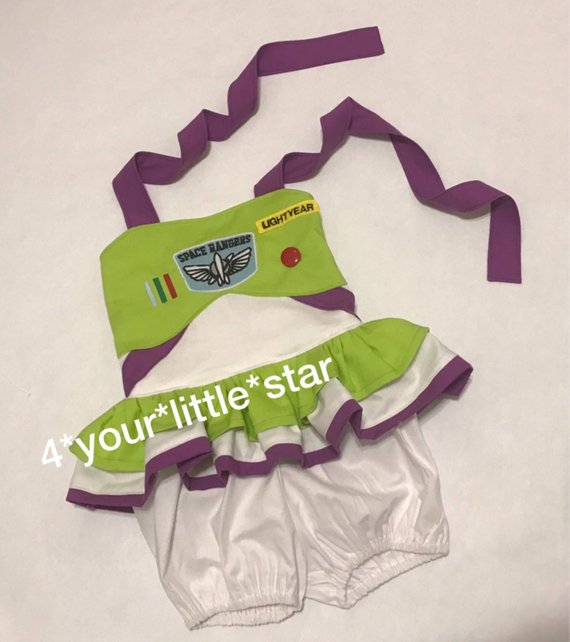 I’m in love with this Jessie romper from JuneBuggsHatchlings.

For boys, you could do denim pants and a red bandana (see the photo below).

Pair this little outfit below from Sonorali with jeans and you’d have a perfect little outfit for a boy or girl. (Add a huge bow or the Mickey ears below for a girl) 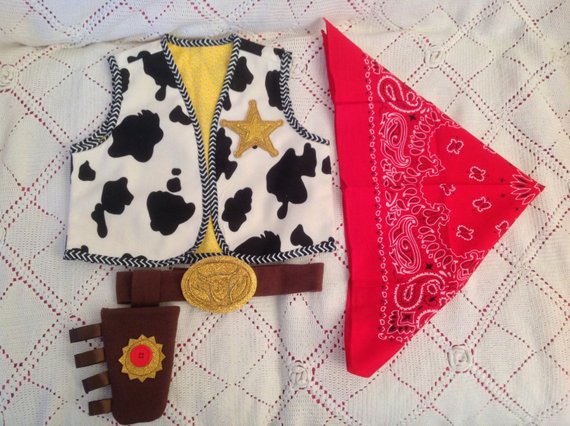 I NEED to pick this set up from Etsy. How cute is this? 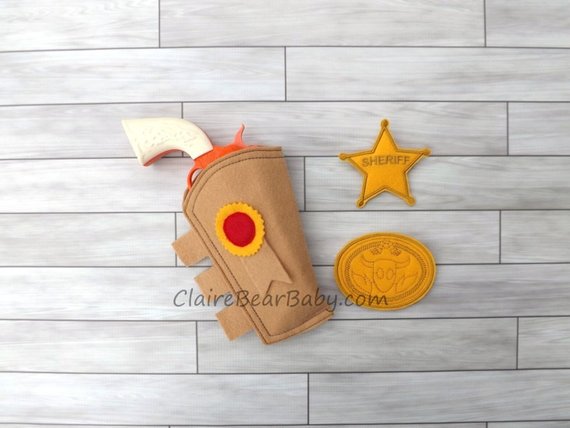 This is an adorable crocheted hat that would be cute for a session!

I found quite a few Disney Toy Story ears on Etsy also. You could do a simple diaper cover, jeans or tutu, partnered with something like this cute Two sided ears from Myforevercharmed on etsy. 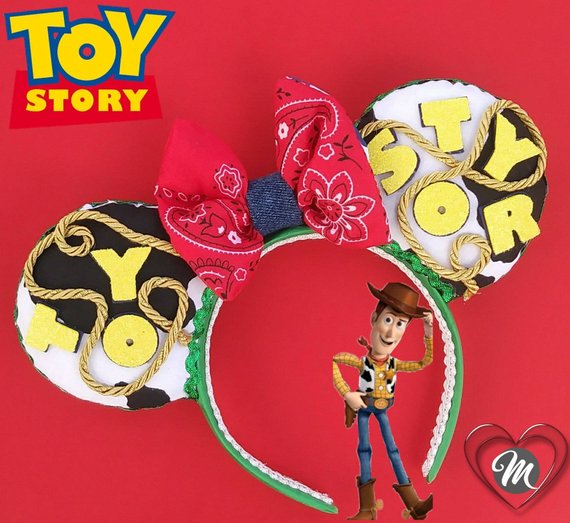 The toys in my sets were all items I had in my collection. You can usually pick some up at flea markets, yard sales or Ebay, if you don’t have a Disney Store nearby or don’t want to spend a fortune.

Some other ideas for decorations, I LOVE these blocks that look like Toy Story blocks and you could spell out your child’s name from AuntJJsAttic.

I think I got the flags from Target. You could do something like this from Amazon.

This is an adorable printable from Etsy that has all the characters on it. 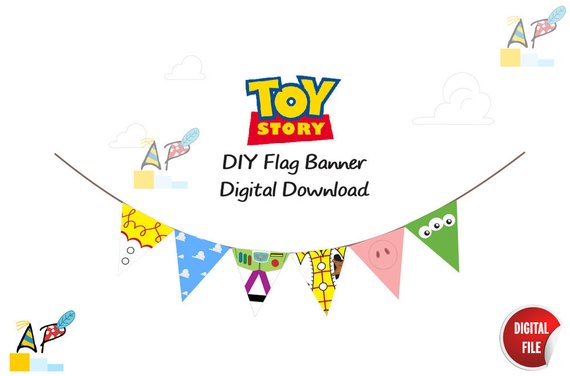 I made the backdrop for my Story sets. I designed it in Photoshop and then had it printed out. Etsy has a couple of vendors who provide a digital file for printing your own. 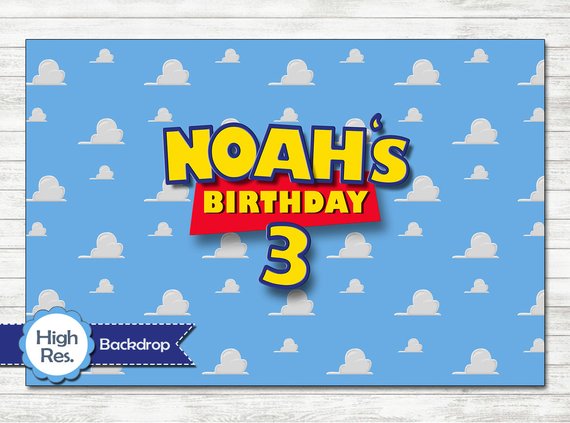 Here’s a cute one from KbKParties. 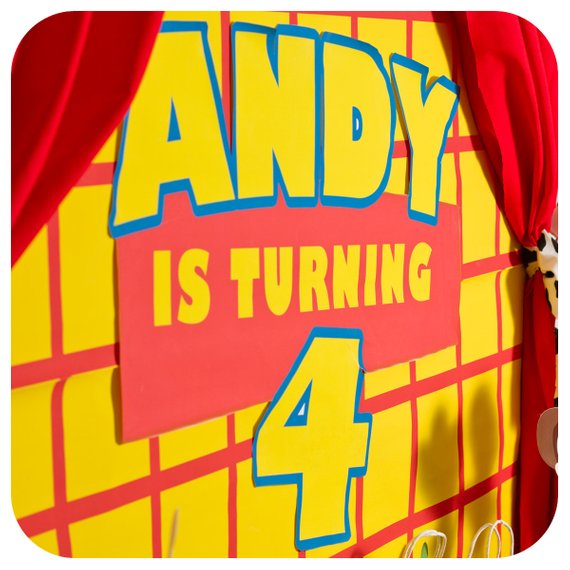 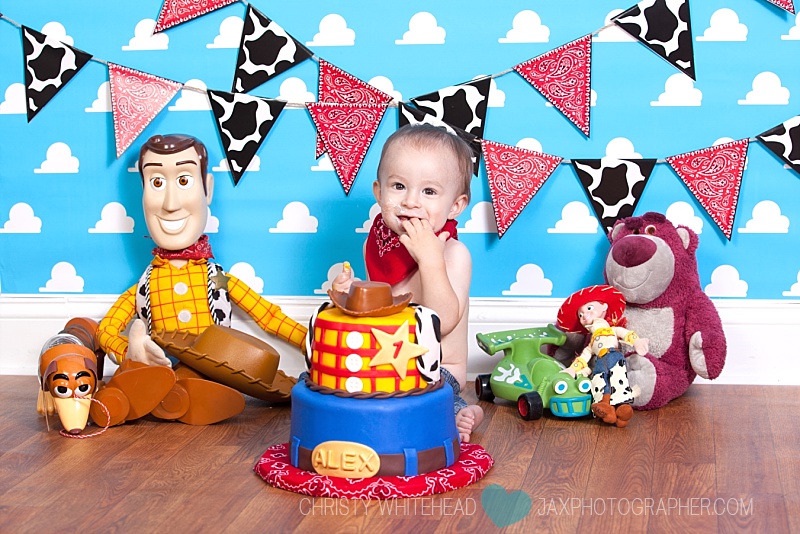 For the cake, I love the above Toy Story cake. We used an actual toy hat for the top. However, you can find some cupcake toppers and such on Etsy.

Like these from BellaMiaUs, if you just want character toppers for cupcakes. 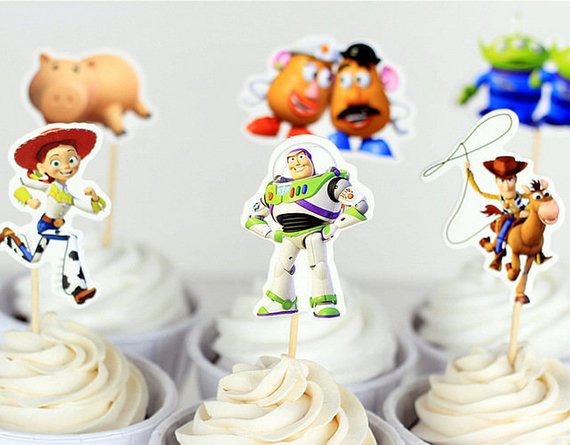 Or these number super cute toppers from Thingamaparty! 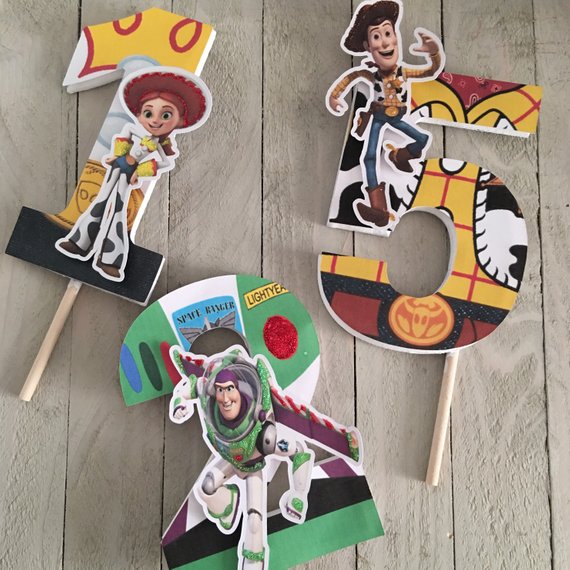 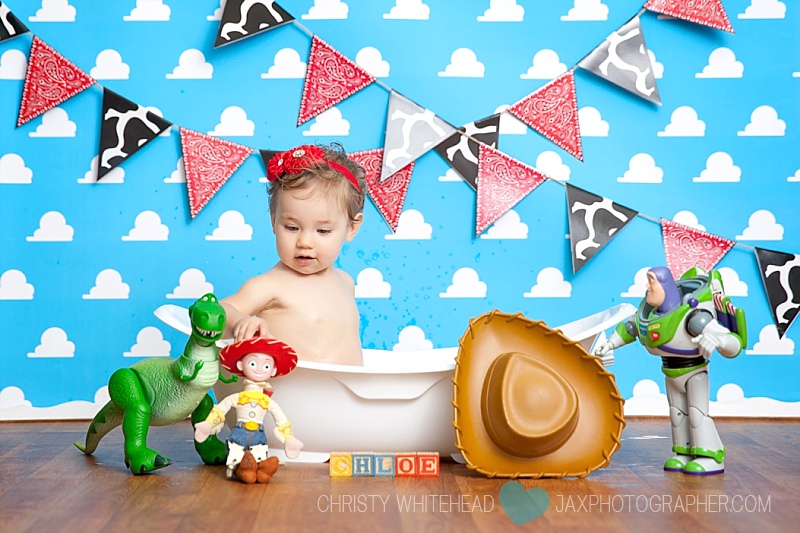 Christy Whitehead is a photographer, based out of Jacksonville, Florida. She specializes in maternity, newborns, families, and cake smash sessions. Her studio is located right off of I-10, ten minutes from downtown.

Sunday, I had both of my kids packed in the car and we were heading down Blanding Blvd to get some feed from Tractor Supply when the traffic just backed up all of a sudden. Of course, you get annoyed and frustrated, but after awhile we finally made it around the mess and I see the wreckage. I knew it was bad, based on all the news media and the fact Law Enforcement was taking photos instead of clearing  the accident for traffic.

It was Deputy Ben Zirbel with the Clay County Sheriff’s Office. I didn’t know the officer. But I knew someone would be notifying his family about the accident. And my heart ached for them.

I’m trying not to get to upset, just writing this.

I heard this week he didn’t make it. And I want to do something to help.

“Good works are links that form a chain of love.” – Mother Teresa

So, if you book a session between now and September 15th (you don’t have to do the session until after that date, so perfect for Christmas, just book it by Sept. 15th.) I will donate $100 from each family, pet, newborn and cake smash session to the officer’s family.

If you would prefer to give to the family, they have a GoFundMe account set up. You can go here to help.

Additionally, here are some other law enforcement charities you may want to also consider donating too:

C.O.P.S which helps families cope with the loss of an officer.

NACOP: The National Association of Chiefs of Police, is right next to NASA, in South Florida and I have worked with them many times in the past. They help families and they also help underfunded departments by basic things like bullet proof vests.

“If you can’t feed a hundred people, then feed just one.” – Mother Teresa

If you’d like to create memories of your own family this Fall and help out the family at the same time, please email me at Christy@jaxphotographer.com 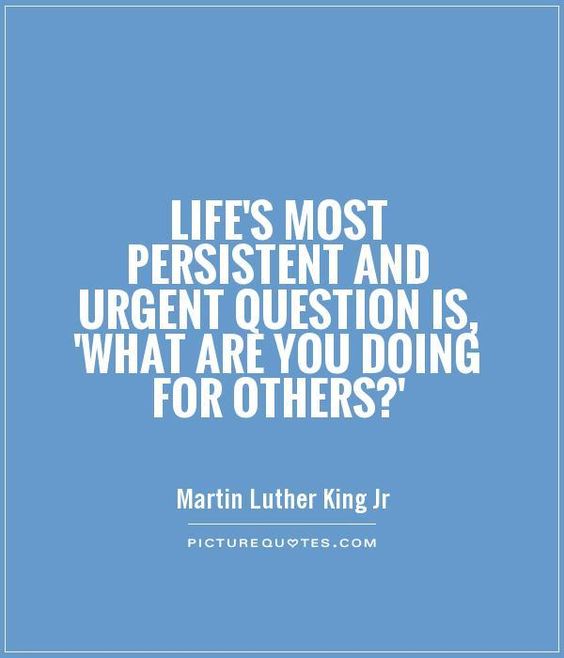 Christy Whitehead Photography is dedicated to enriching the lives of their clients through portraits. But we also occasionally partner with different causes, whether it be through donation drives, awareness or donations. 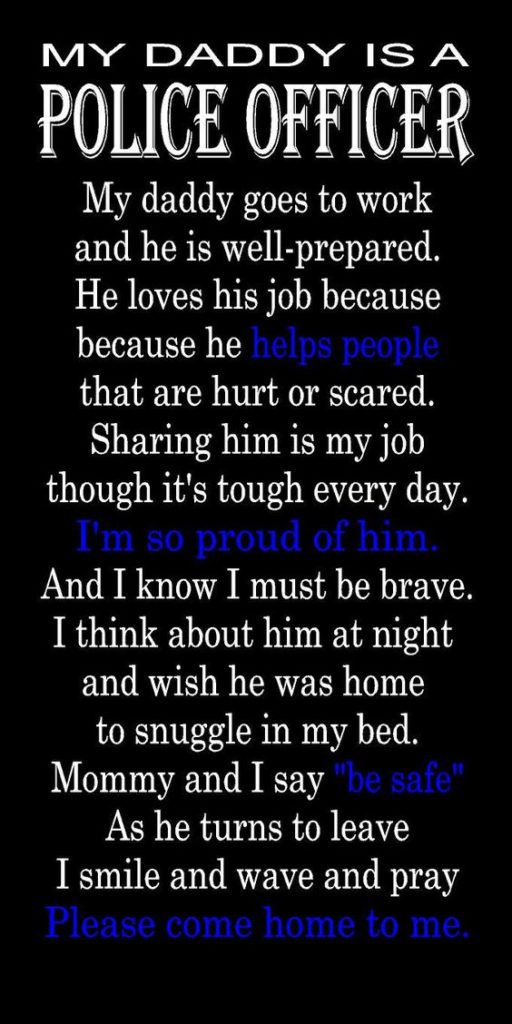 Unicorns have been a popular theme in kid’s clothing and in sets for our studio, especially cake smashes.

As a Jacksonville, Florida based children’s photographer, I love photographing all the different themes that come my way. I recently had a really cute unicorn themed smash and I wanted to share it with you, along with ideas and tips for your own session or to use as a backdrop at your child’s birthday party. 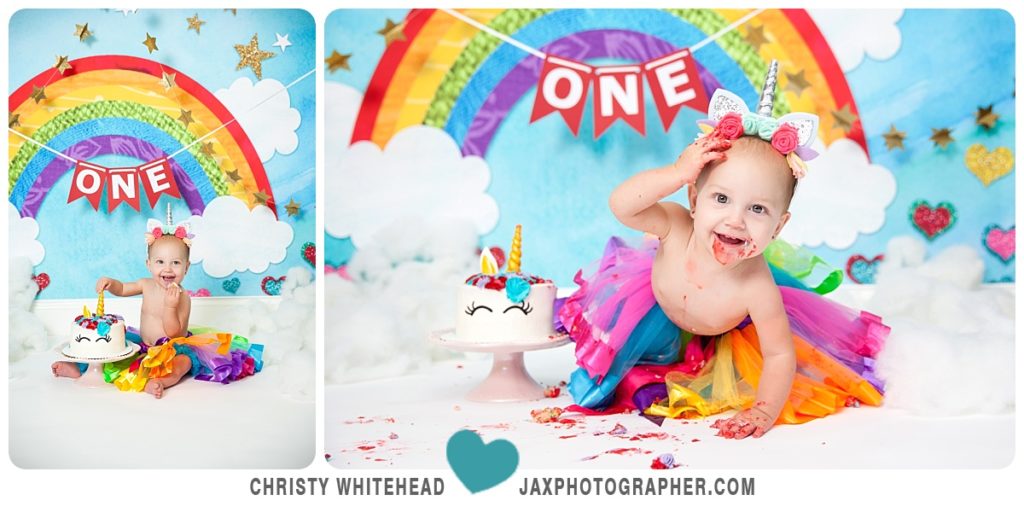 I buy backdrops from all over the place, so I can’t remember exactly where I got this one from. But, here’s some suggestions and ideas for backdrops:

We used a ONE sign made on Etsy by TinCakes at  but if you wanted something even more elaborate, this might be an option. Super cute and layered. 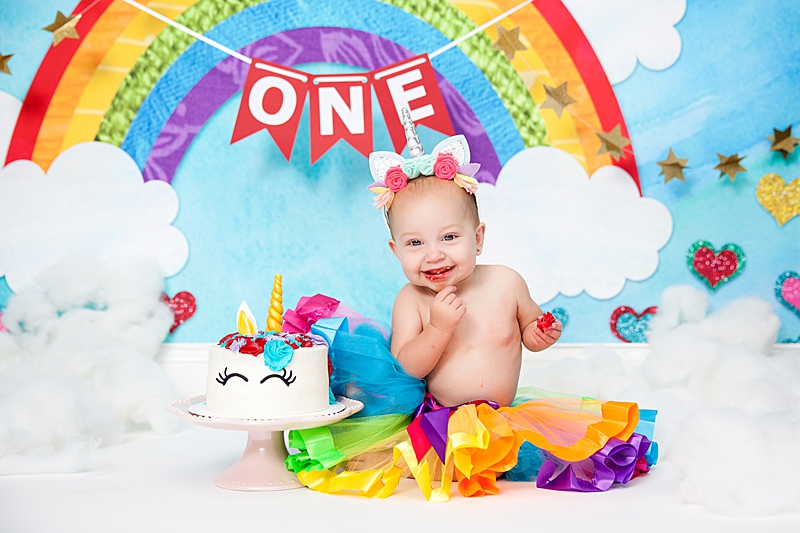 Our cake was made by Sweets by Staci, here in Jacksonville. She will deliver the cake to the studio for you on the day of your session.

One of these cake toppers would be cute for your cake as well. 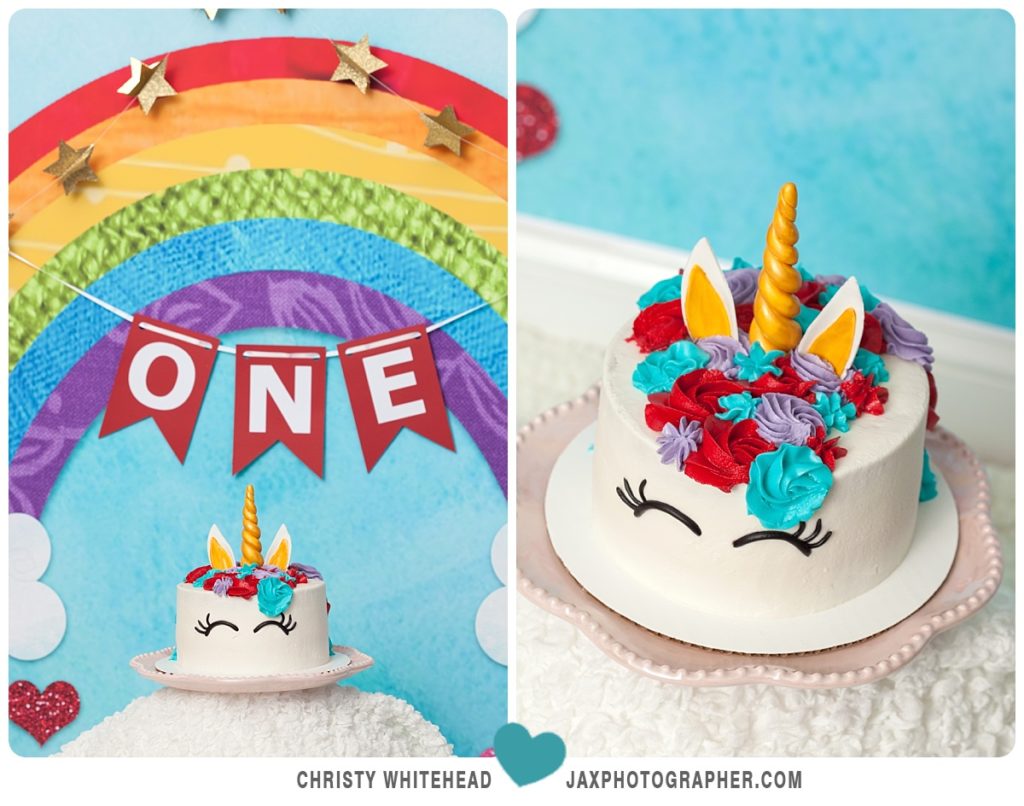 If you are doing something at home and need to make a simple store bought cake look like a unicorn, you could always pick up something like this.

A lot of parents like to buy a decoration to go around the table or high chair.

Here’s a pink tutu style one.

As for clothing choices.

We just used a simple rainbow tutu and a headpiece similar to this.

Tutus are always a fun choice for a first birthday session.

This outfit is a little more subdued in colors, but is def. cute with the unicorn on it. Would match a lot of sets. Sold on Etsy by CoraandViolet .

This is all pink and super girly by DwellAndAbidePtyLtd .

Here’s a white onesie style with a gold ruffle butt and accessories.

And of course, Unicorn shoes!!!

We’re cosponsoring a contest with Cracked Egg Design and you need to go enter NOW to win a Free T-shirt of your choice.

Cracked Egg features designs mostly aimed at the photography and wedding industry (More industries coming, like realtors, police and fire and there are a few select massage shirts as well). BUT, if you dig a little deeper there are a ton of fun designs for moms, people who love to camp, those of us that keep chickens and more! 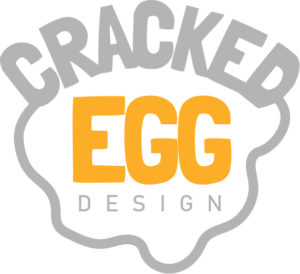 So, I wanted to share with you some of my favorite shirts and items.

First, you’ve got to check out the leggings, dresses and bathing suit section.

I mean how cute are these camera “don’t be negative” leggings. Even if you aren’t a photographer, we all take a zillion pictures, and these are cute! PLUS, some of them have POCKETS! Plus a lot of the designs have a matching T-shirt to go with them. Which I love.

There are also dresses and bathing suits in some of the patterns, perfect for a gift for a photographer you know (or someone else in the industry, as there are hairstylist bathing suits and more!). 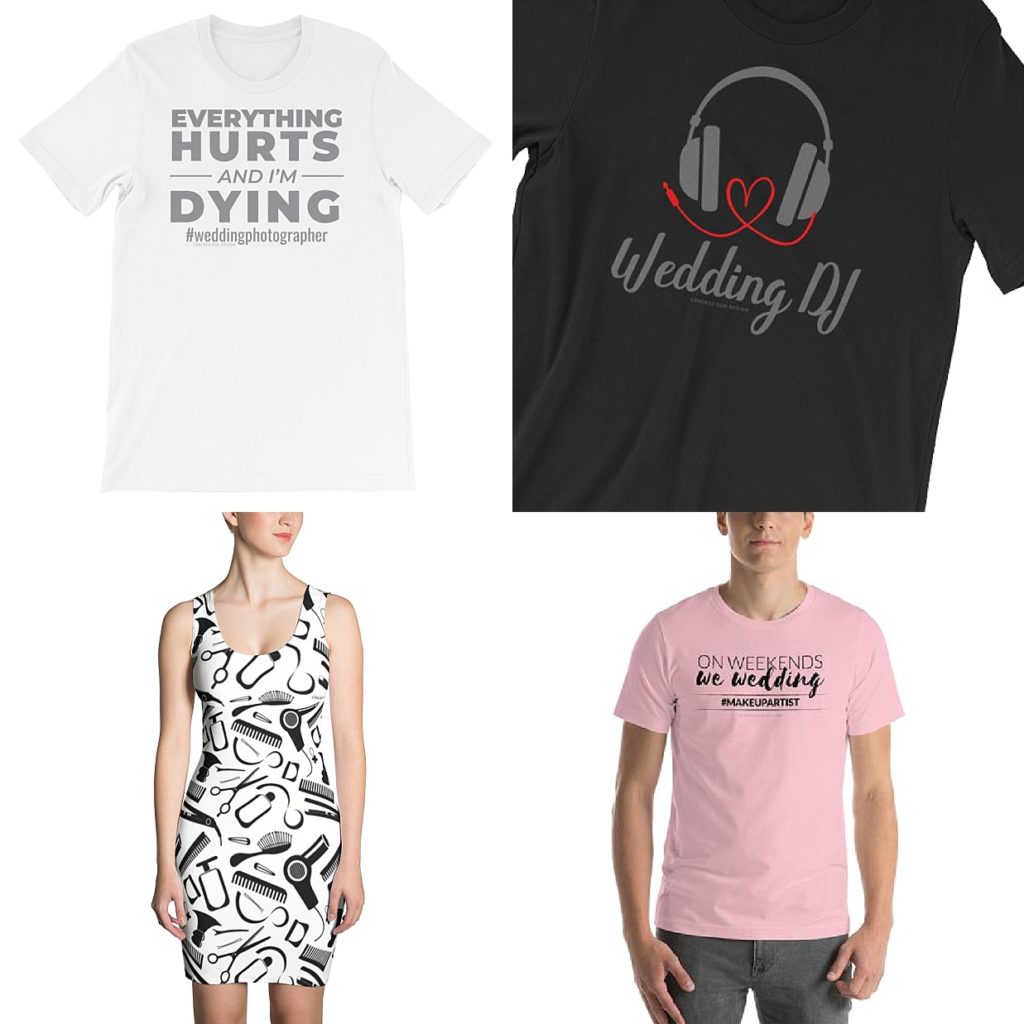 We recently bought a popup camper and my kids LOVE it. So the camping section is a must for us.

Here’s a pop up version of the Happy Glamper design. Kind of hard to find pop up shirts! 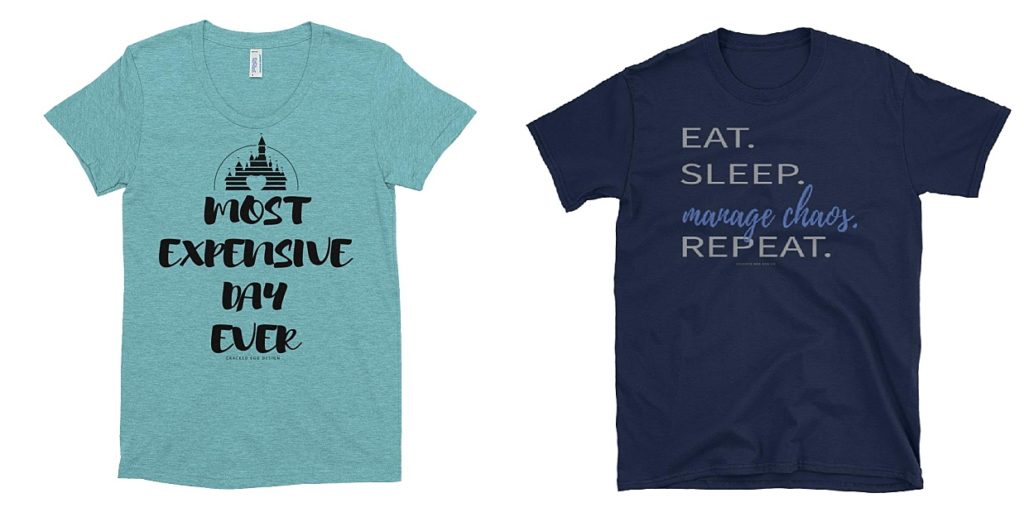 The “Most Expensive Day Ever” is pretty funny, at least we’re Florida residents so we get a discount!

The Manage Chaos shirt, that feels perfect for me as a photographer, but I’m sure also all of us as a mom!